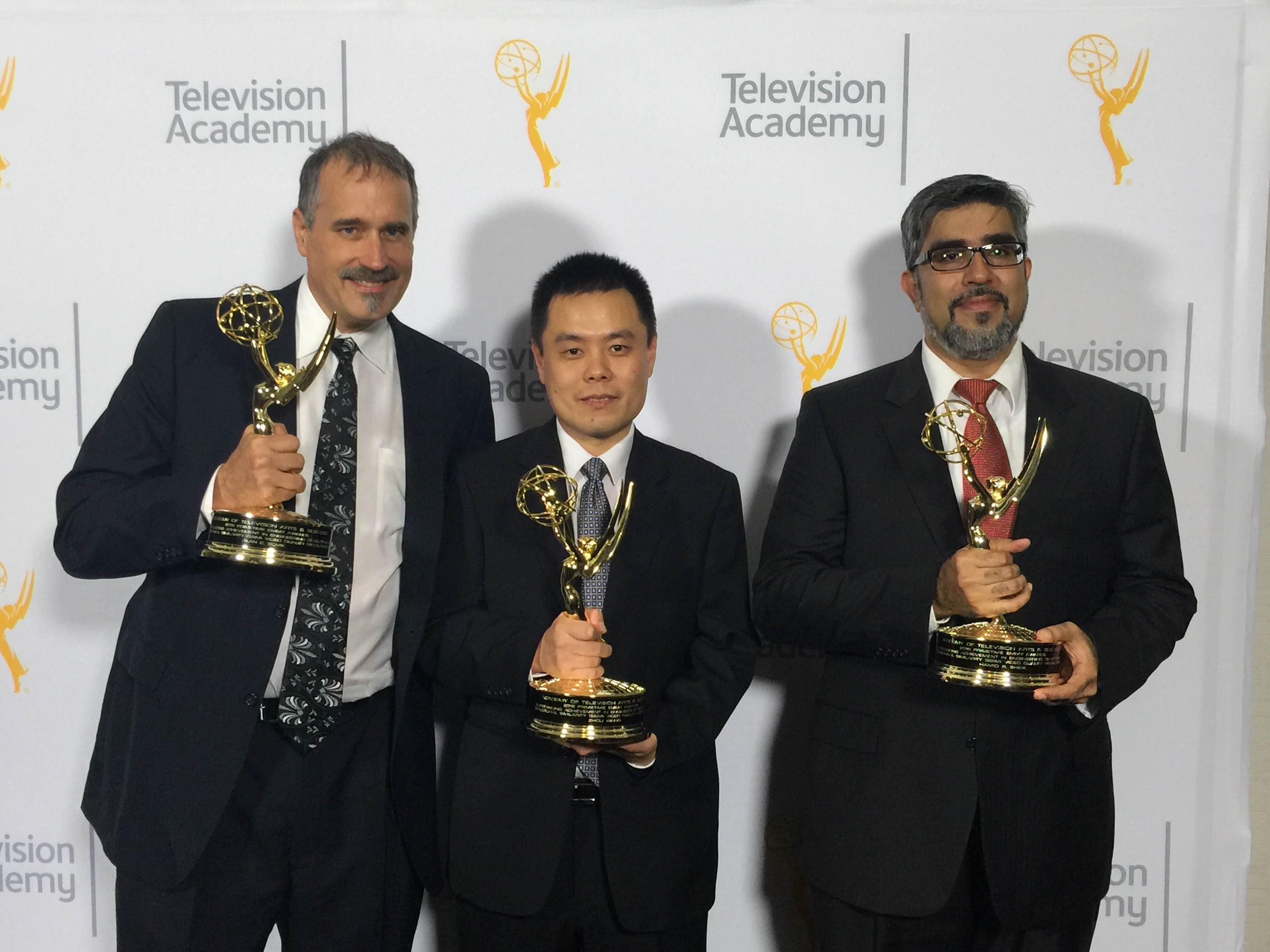 Professor Al Bovik and two former LIVE PhD alumni, Zhou Wang and Hamid Sheikh, along with collaborator Eero Simoncelli, are recipients of Television’s highest honor. Each received a Primetime Emmy Award for Outstanding Achievement in Engineering Development from the Television Academy. They received their Emmy statuettes at the Primetime Emmy Engineering Awards ceremony at Loew’s Hollywood Hotel on October 28, 2015. The Academy states that “An Engineering Emmy Award is bestowed upon individual, company or organization for developments in engineering that are either so extensive an improvement on existing methods, or so innovative in nature, that they materially affect the transmission, recording or reception of television.” Professor Bovik and his colleagues are being recognized for their work on the development of video quality prediction models which have become standard tools in broadcast and post-production houses throughout the television industry, and in particular for the invention of “Structural Similarity (SSIM) Video Quality Measurement.”
For more information on the Emmy announcement click here.
Al Bovik Gives Primetime Emmy Award Acceptance Speech
67th Annual Primetime Emmy Engineering Award